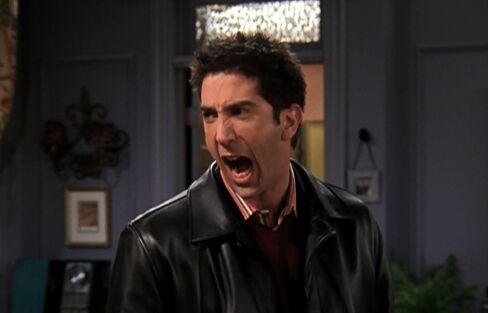 Whether we’re stuck in traffic or dealing with an unreliable co-worker, we all have something that sets us off and makes us angry. Our zodiac sign can reveal how each one of us handles anger and can provide valuable insight into why we behave the way we do in stressful situations. Unfavorable traits are associated with each sign and how someone responds to something that makes them mad is a characteristic of that specific zodiac sign.

Hot-headed behavior is linked to fire signs like Leos and Aries, and Air signs tend to be a bit more aloof and attempt to brush off whatever is making them mad as if it didn't exist. Anger is a complex but necessary emotion, much like fear. Learning how astrological signs behave when angry helps us understand how to better handle our emotions and react to others'. 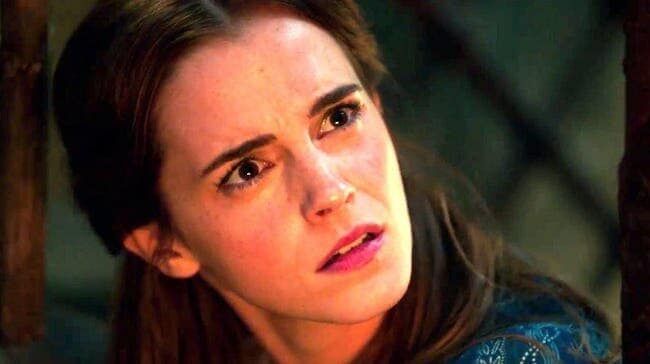 Aries Will Jump on You and Then Feel Terrible About It

Aries is a fire sign for a good reason. Just like fireworks, they can easily be set off and will explode in a fiery brilliant blaze of rage, but within moments simmer down and go about their very way as if nothing ever happened.

Aries is known as the baby of the zodiac and throws temper tantrums when mad. They're definitely not the most mature of the zodiac signs but will still feel a tinge of guilt about how they behaved. Whenever you're in the presence of an angry Aries, it's best to keep it cool and remain calm. 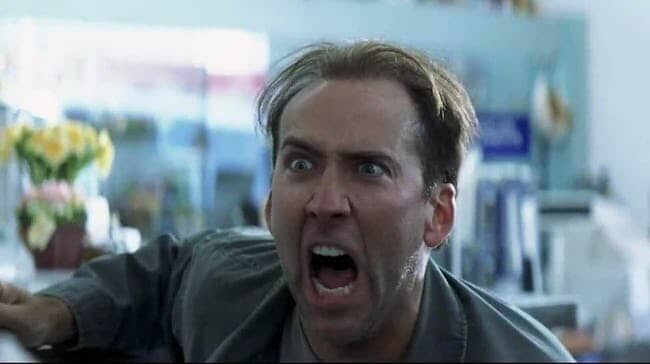 The animal that represents the Taurus is a Bull for good reason. Much like the Bull, when it sees red, everyone's running for the hills. It's best to steer clear and avoid getting in the way of an upset Taurus. There are some key warning signs beforehand to signal how this Taurus will act.

For example, they'll get eerily quiet and seem distant at first. This calm behavior before the storm is actually a Taurus conspiring how they'll destroy you. With their sharp memory, a Taurus will bring up things you've said to them in the past, even stuff from a decade ago. You can lose any hope of a Taurus forgetting an argument as they hold onto grudges. 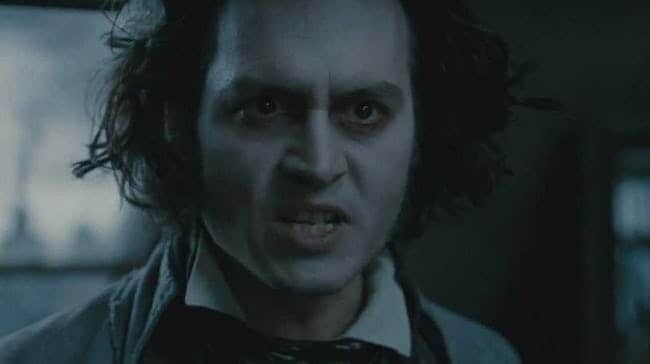 Geminis Beat You With Their Words

Geminis pull no punches and aren't afraid to use their voice when they get pissed off. If you're ever in an argument with a Gemini, expect a shouting match. There are two sides to a Gemini, one being their fiery shouting side and the other being conniving games that they play.

Their words are sharp and will hit you where it hurts. Geminis will often bring up insecurities about yourself to bring you down like your past failures, your greatest weaknesses, even relationship issues with your parents. There are no limits to how far a Gemini will go to throw verbal daggers at you. 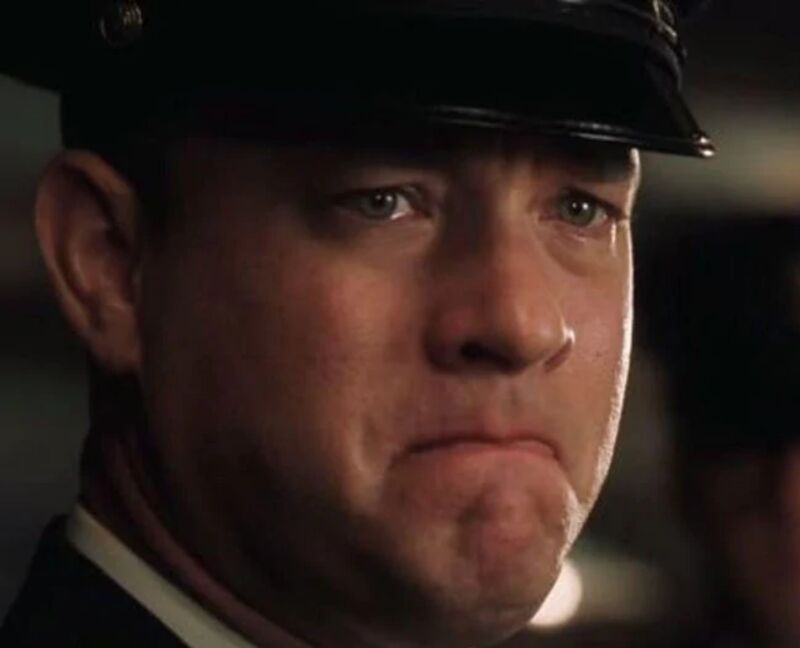 A Cancer Will Brood and Wait for You to Notice It

Cancers can become overgrown babies in an instant when they get upset. The smallest trivial matter will make this sensitive zodiac sign cry. Things like not being invited to a party or if a friend forgets to call them back.

Cancers take things personally and can't stand being left out or unappreciated. Cancers internalize their anger and won't lash out, but instead will cry themselves to sleep. It's important to realize that Cancers are sensitive and need reassurance from friends and family. 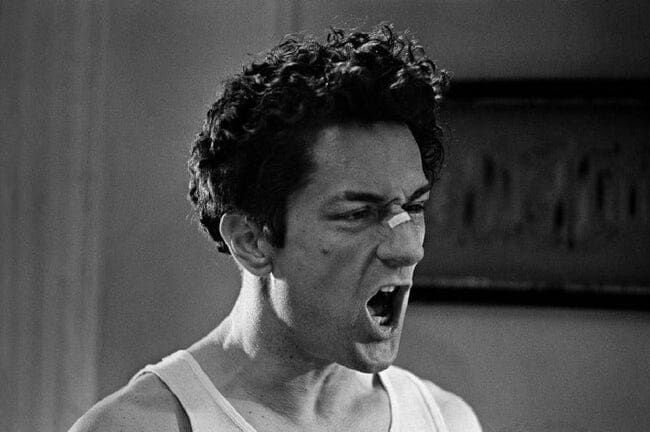 Leo is also a fire sign for a reason. They may be one of the most persistent angry-types of the zodiac. They never back down and will double down in arguments, never admitting that they're wrong (even if they are aware that they're wrong).

This stubbornness will even turn into an eruption of shouting and objects being thrown across the room as you duck and dodge to get out of the way of this roaring lion's rage. The argument will be over as soon as it started, and Leos can go about their lives and get over whatever they were angry about in a matter of minutes. 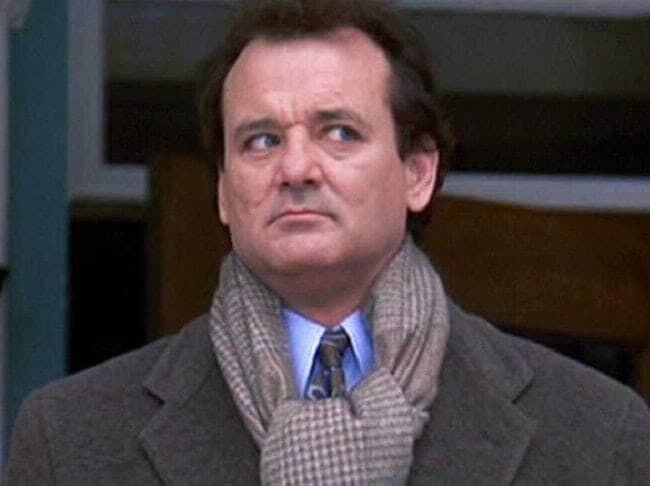 Virgos are the most patient and collected of the zodiac signs, so it takes a considerable amount of effort to trigger a Virgo. However, much like an Aries or Leo, you're probably better off not seeing them lose their cool.

Virgos bottle emotions up and will hold onto anger for months. Their anger will come through as passive judgment, and if you say the wrong thing at the wrong time, they'll completely ghost you. For a Virgo, erasing people who piss them off from their lives is as easy as hitting a delete button. 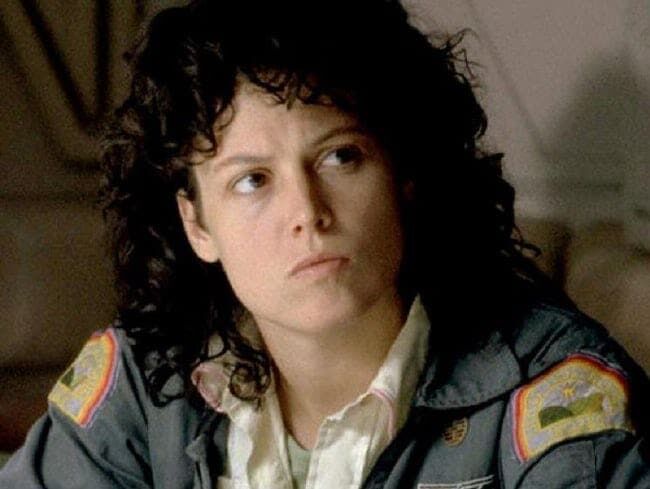 A Libra Will Try to Make Peace

Libras are cool, calm, and collected with a natural balance and even-temper. Sometimes you may not even be aware that you've made a Libra mad.

Libras are known as the peacekeepers out of all of the zodiac signs and tend to avoid any kind of confrontation. In the rare case that you do find yourself arguing with a Libra, don't even think about winning. Libras are pretty good lawyers and can justify their position exceptionally well. 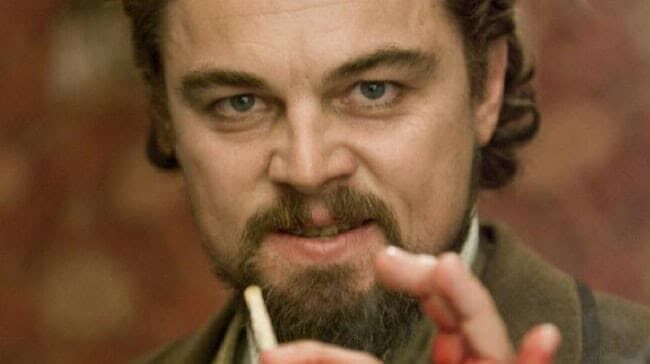 Scorpios Are the Masters of Revenge

Scorpios will leave a mark, so you better stay away from this zodiac sign when they're angry. Scorpios feel emotions very deeply and must express dominance. If you piss off a Scorpio, look out for its sting. When you've made it onto their sh*t list, there's no telling how to get off it.

When Scorpios are pissed, they have great self-control and will plot against you. Being in a room with an upset Scorpio is no pleasant experience, and some would even prefer walking across a bed of hot coals. 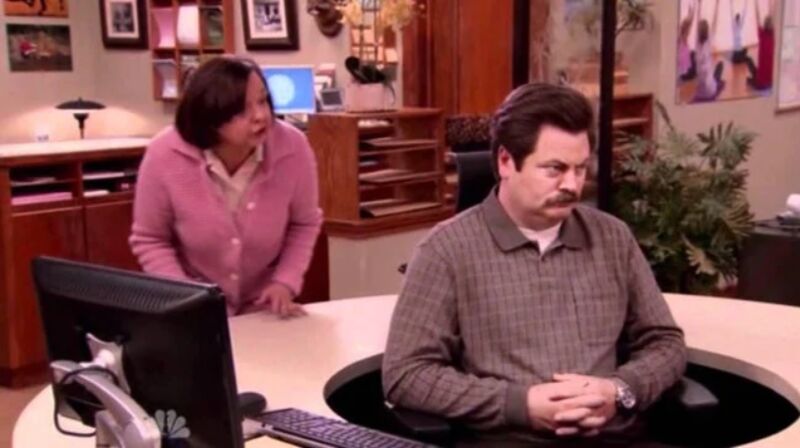 Sagittariuses Will Completely Ignore Your Existence

Sagittariuses are extremely stubborn and won't back down until you see their point of view. They don't hold back and will be totally blunt and upfront with you to get their point across.

If you're left in tears and are deeply wounded, a Sagittarius has no issue with just cutting you out of their lives completely. If you have the time to fight with a Sagittarius, beware, things may get out of hand, and the damage done may be unforgivable. 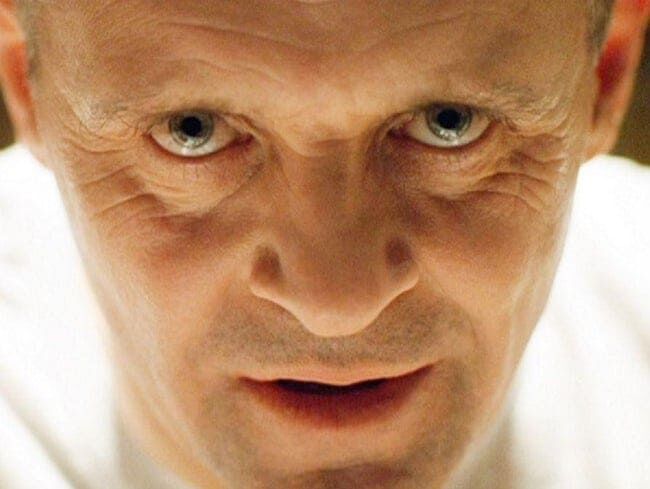 Capricorns Will Snap If You Tickle Them too Much

Capricorns work hard and have their head on their shoulders... for the most part. Caps are very hard to get an emotional outburst from, and we don't recommend trying. They tend to keep their composure, but if pushed too far, then you better be on the lookout. Caps are known to release a combo of verbal and physical attacks.

Instead of telling you that they're angry, Caps will express their disappointment in you, as if everything was your fault. This guilt trip is worse than a shouting match as we all know it feels awful when told you're a disappointment. Capricorns are aware of this and use it as a way to get under your skin. 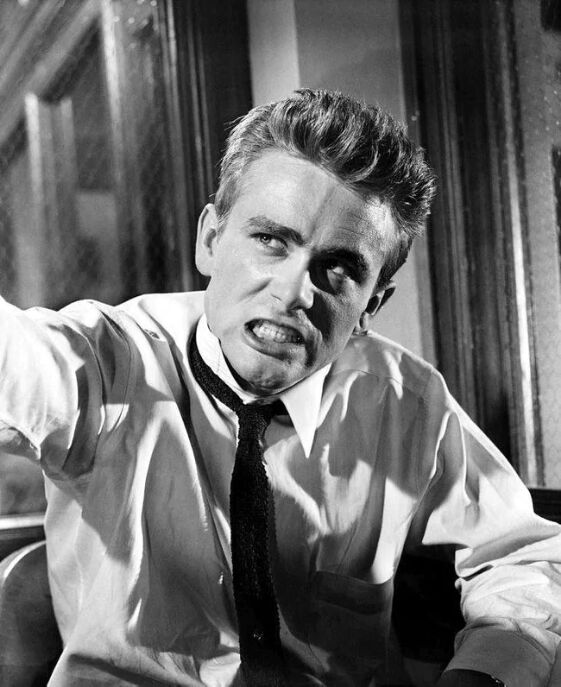 An Aquarius Will Disregard You Until They Shake off Their Anger

Aquarians have a cool head, which is appropriate given that they are an air sign. The Aquarius can be a difficult zodiac sign to trigger, but if you do somehow manage to get on their bad side, don't be shocked when they completely stop all communication with you.

It may take some time for them to reassess the situation, cool down, and come back. During this time, it's advised that you give them some space to chill out. Only until an Aquarius has had some time should you even attempt to get back in their good graces. Don't try to rush things. 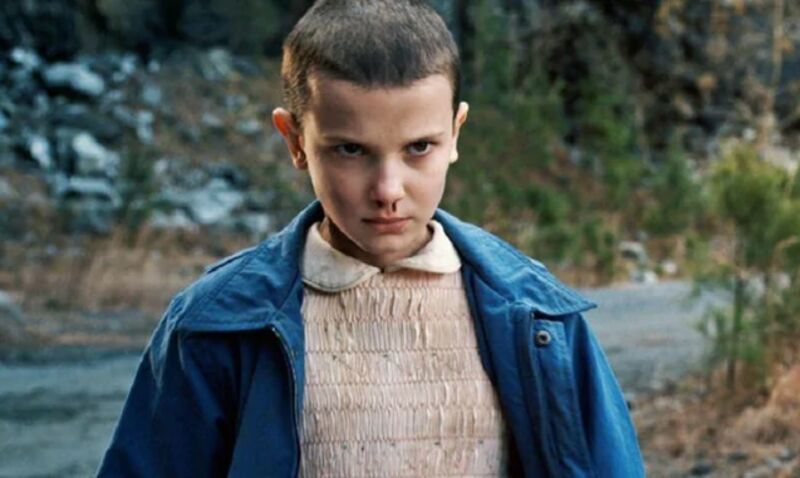 Pisces Will Hold Everything Against Them

Pisces have trouble handling constructive criticism. This emotionally vulnerable zodiac sign will bottle up their feelings instead of lashing out immediately. Pisces will internalize any criticism, mull it over and spiral down a rabbit hole of anger and even contemplate their own self-worth.

This behavior leads to a Pisces behaving pitifully. They will sulk and say "poor me" (insert crying emoji). A good thing, though, is that Pisces aren't people who try to manipulate you or make you feel guilty if you ever do hurt them. 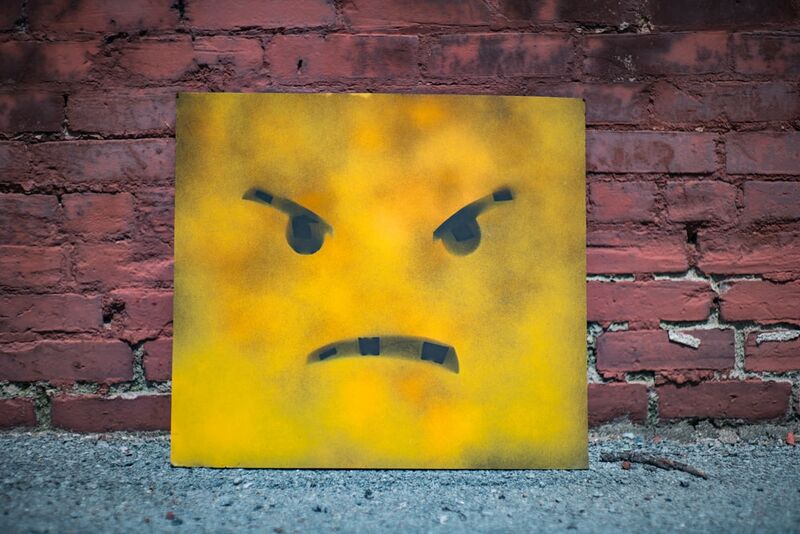